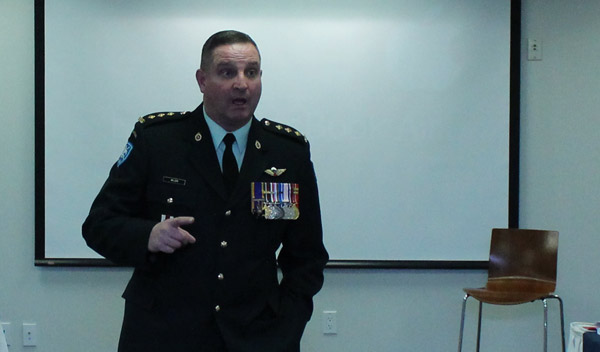 Rousseau Communication Team Gear Up for 2018

Article and photo by Thomas Ethier

The Rousseau Communication team congregated to the Delta Kingston Hotel on December 20th and 21st to review the past year’s achievements, which were marked by exceptional growth and innovation.

An overview of the company’s remarkable accomplishments was presented to the 23 Quebec and Ontario-based employees and collaborators, as the company ramps up its plans to grow and diversify its media, event and marketing activities in the Canadian automotive industry in 2018.

Jean-Luc Rousseau and Isabelle Courteau, who are starting their 9th year at the helm of Rousseau Communication, provided a detailed overview of the team’s achievements in 2017, whose mission to inform and inspire guided the team to amazing results during the past year.

Rousseau Communication team members, whose ranks have grown considerably over the past year, also had their turn at bat as they presented various initiatives that were launched during this critical juncture in the company’s history, which was marked by growth, innovation and new technologies.

Captain M.A Wilson joined the group later in the day, offering a candid and moving testimonial as to the value and importance of the mission, leadership and teamwork.

“When faced with adversity, it is important that you remember these three key fundamentals: breathe, plan and execute,” summarized the armed-forces Captain, as he shared intimate details regarding his Afghanistan mission, which focused on the local inhabitants and families of combatants who were severely impacted by the armed conflict.

Galvanized by a clear mission and armed with stimulating objectives, the Rousseau Communication team has many surprises in store for the Canadian automotive industry for 2018.